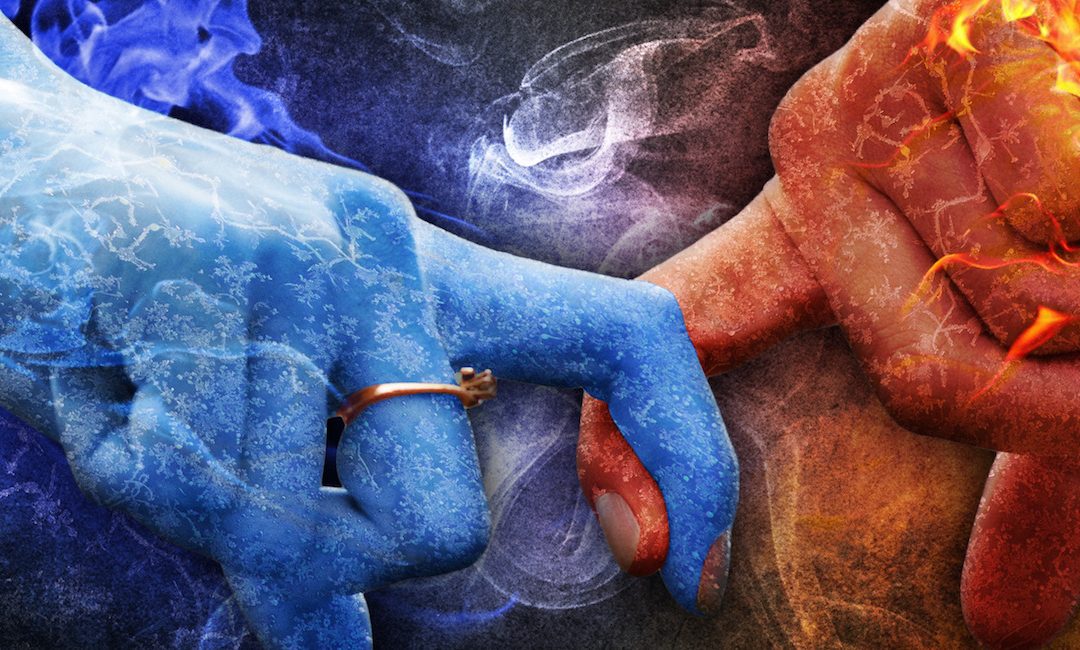 Unhealthy shaming often involves manipulation and control of another to avoid one’s own sense of inadequacy.

Unhealthy shaming is usually about influencing someone’s perception of themselves to force an outcome from them and avoid feeling more deeply into one’s own primary issues. Shame can be subliminally and unconsciously transfered onto the other to make them feel responsible for causing these unsavoury feelings so the originator of them doesn’t have to deal with their own deeper issues.

The intended victim of unhealthy shaming is targeted to gain something back that was perceived to have been lost to them or indeed where shadowy emotions are at play; namely envy, jealousy, competitiveness, lust or greed that drive a person to want to strip another of their resources, energy and indeed libido.

Unhealthy shame can include using one’s emotions, will or influence to denigrate another’s sense of wholeness or reputation in front of others for personal gain.

This phenomenon forms part of a very common human dynamic around healing a blow to one’s ego, known as a ‘narcissistic injury’ – ie when we perceive someone acts in a way that harms our ego and our perception of ourselves, we often feel the need to restore it to wholeness…often at the other’s expense as opposed to drawing upon our own reserves and replenishing ourselves from our connection to a greater Source where we are not dependent on another’s input.

If we are skilled at connecting with our own Source to make ourselves good again, we can then address the issue with another from a more neutral place where we aren’t looking to the other to make us whole again, but to rather address a pattern that does not serve our wellbeing and set a boundary or limit.

Nevertheless, in certain examples it is essential to address this imbalance externally. Say a person is raped, robbed, conned or endures domestic violence, this is not a situation where appealing to the other person’s healthy shame is appropriate. A court case in which the legal and personal ramifications can be addressed with a (custodial) punishment or indeed a public admission of accountability and culpability can go some way to assisting the healing of those physical, emotional as well as psychological and indeed narcissistic injuries.

However, the majority of situations do not relate to crimes, but revolve around the way a person believes they have been harmed emotionally largely through the way they perceive they have been treated within a relationship or one off interpersonal transaction. Many people experience a legacy of feeling insulted, slighted, put down, dropped, disrespected or being on the receiving end of broken agreements that have hurt their feelings and undermined not only their trust in another but also in themselves.

A person with highly narcissistic tendencies or indeed the narcissistic personality disorder will also experience a narcissistic injury and feel justified in seeking recourse from another when a blow to their ego arises.

However, the difference to a healthy person who experiences a narcissitic injury and a narcissist, is that there is rarely any justification whatsoever for the narcissistic person to feel injured!

ie when you HEALTHILY differentiate yourself and stop the two of you merging in order to protect your energy, set a healthy boundary around unacceptable, one way or vampiric behaviour, refuse to meet another’s needs or appease their demands you often end up behaving in a way that frustrates their entitlement over your resources, energy, liberty or sovreignity as well as innate need to control, manipulate and own you (so they dont have to feel their innate sense of emptyness/woundedness/lack/pain). The result is they will seek to shame you unhealthily or vilify you to others under pretexts that sound plausible and justified.

In both examples, whether narcissistically orientated or just plain old conflict between two normal people, the perception of the victim is that the actions of the perpetrator may have brought up a sense of inadequacy or anxiety or old trauma and it is the other person’s fault that they feel hurt, abandoned, dropped, betrayed or neglected etc. Instead of owning this ‘narcissistic injury’ and taking responsibility for the deeper origins, most people’s natural instinct is to blame the other person for making them feel this way.

Constantly seeking reflections from others and their admission of guilt or responsibility to reinforce our own sense of wholeness and redress these grievances, leaves us open to playing the victim shame game and a toxic level of codependency and sadly repeating these patterns over and over again as the root cause is never addressed.

This tendency to feel ‘less than’ because of someone else’s behaviour is an indictment of our times where so many people’s sense of wholeness has been so compromised due to dysfunctional upbringings and a whole load of religiously flawed and socially acceptable romantic and new age twin flame crap about soul mates being there to make you feel whole again….arghhhhhh.

Some people look towards others to restore their sense of wholeness through shaming them with the full payload of their unprocessed pain. This time bomb of complex personal and ancestral patterning and trauma, is hurled at the other as if it is all their fault for triggering it! There is far too much emphasis on getting others to admit to their ‘faults’ to redress their errors, rather than doing the inner work on ourselves to heal these core wounds from our own upbringing and ancestral unconscious patterning and identifying where we too have played a role in cocreating these dynamics.

So, the darker and unhealthy and toxic side of shame, involves using these wounds/traumas as a weaponised attempt to bring someone down or cut them to size and make them take on our pain through transference and blame…

When someone emotionally undermines you with the attack potency of unprocessed emotions or attempts to control you and make you responsible for their tacit expectations, it can make you feel sick and very heavy with strange feelings that are not actually yours to process. It can take some refined skill in learning not to take these energies on and to spit them out.

In some cases claiming there were ‘faux’ agreements that were not explicitly agreed upon by both parties (childhood unmet expectations being projected here), that one feels they somehow broke is another toxic way of enmeshing someone in an unhealthy shame web.

Making someone else accountable for one’s feelings or wounds and attributing them the power or responsibility for causing them to come up is at the essence of toxic shaming. Influencing peers to believe certain stories about this person based on these myths is at the centre of gossip, slander and defamation.

Ironically and conversely, narcissistic personal growth teachers/gurus and facilitators, priestesses, Goddesses, avatars etc will also take advantage of these dynamics by taking absolutely NO RESPONSIBILITY for their behaviour, ignoring any agreements, codes of conduct, professional or moral standards and push all consequences and impacts of their behaviour back on the person who has been affected without looking at the deeper shadows within themselves, their tools, their community of practice or indeed the deity or discarnate entity they claim to be God/Goddess which heals their clients/community…(but that’s a whole other blog in itself)

It is indeed a subtle and complex issue identifying personal responsibilty.

People with deep victim patterns tends to reneact situations where they can play out these misdemeanours by others which further complicates the situation! Some professional victims, are naricissistically inclined and are constantly seeking to hold others responsible for their unmet needs, or ancestrally and psychically guised pain, through a catalogue of subliminal ‘shoulds’ and ‘ought to haves’ that bombard the nervous system and exploit the other’s healthy shame settings.

All these shame bombings have one thing in common. They attempt to force another to take on a disowned emotion, acquiesce and therefore submit their personal power to the other person’s set of inner rules or expectations to override their own better judgement to appease the toxic shame being laid at their door.

Confusingly in the New Age, this shame bomb can come in the guise of honest directness, sacred sexuality talk or non violent communication as well as plain old blaming. Often it is a cleverly disguised and highly charged attempt to leverage personal power and self importance over another so the person in denial can justify these seemingly plausible notions as reasonable expectations to get around a person’s healthy shielding from toxic shame.